An Introduction to JIT Production System

An Introduction to JIT Production System

JIT, or “Just-In-Time,” refers to the timing of production flow; goods are delivered to the manufacturing lines just in time to be used, just in the immediately needed quantities, and just to the production processes that need them. Saying “in time” is not enough, since parts can arrive at processes a week or two prior to their use and still be there “in time.” 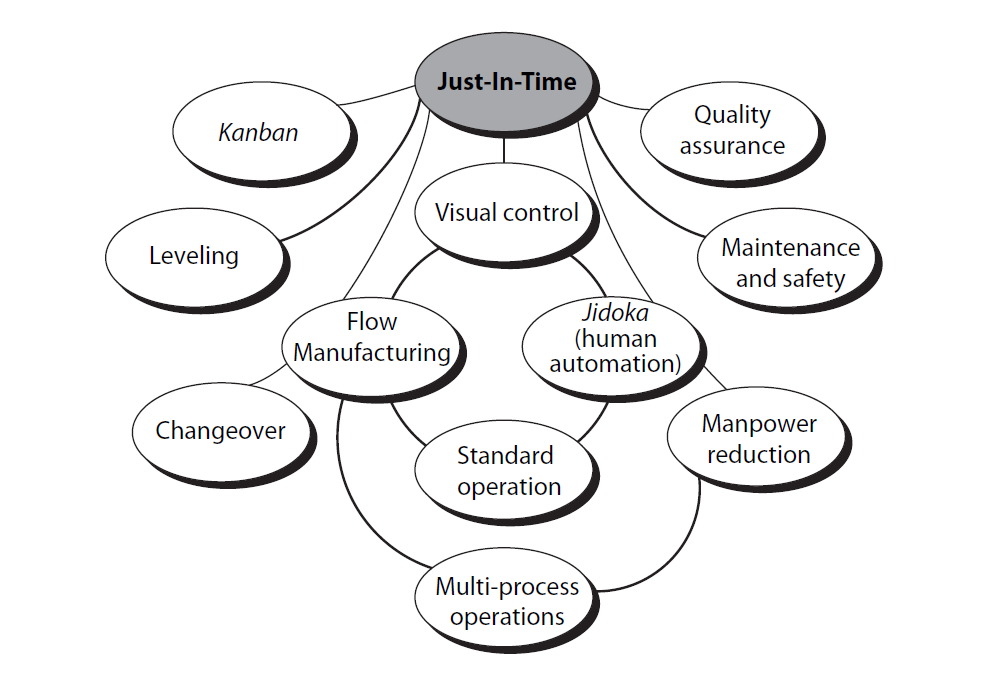 It is helpful to picture Just-In-Time production as something like a river, in which separate workpieces float along in a level manner from station to station as they are sent downstream. Figure 1 presents an overall image of the JIT production system.

The JIT production system seems simple enough, but when we begin to delve into its inner workings, we find it to be extremely complicated and full of things that cannot be well understood until they have been tried out in the factory. Factory-based improvements are not something to be talked about, written about, heard, or seen—they are something to be done. Such improvements are “first-hand” to their very core. The following is an introduction to the types of improvements that must be made to bring about Just-In-Time production:

Flow manufacturing requires the elimination, whenever possible, of pileups and conveyances to enable work-in-process to flow in a level manner through the line. The goal is to have each workpiece move through the chain of processes, so it is correctly processed within the cycle time.

In the conventional equipment layout scheme, where several machines having the same processing function are grouped together as a shop, one worker might be able to handle several machines, but handling several processes is out of the question. A different layout scheme, in which the machines that make up an entire sequence of processes are grouped together, would enable a single worker to move with the workpieces from process to process until the workpiece processing is finished. This latter arrangement is called multi-process handling. 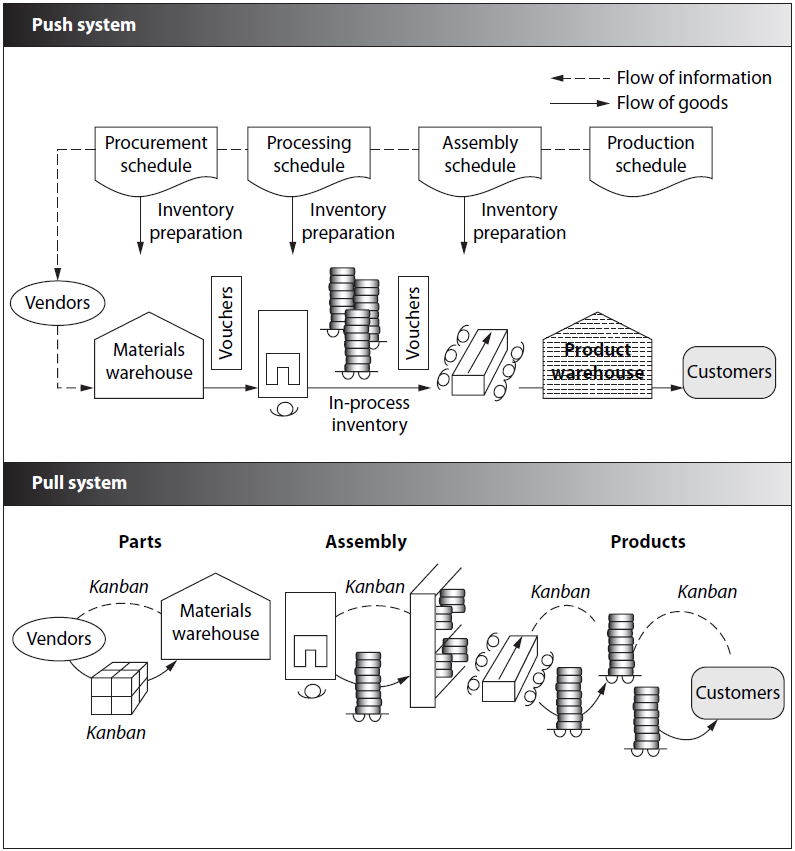 The Kanban system comprises one of the tools for maintaining Just-In-Time production. Kanban are signs that contain operation instructions and/or parts delivery information. Kanban are useless in factories that still use the conventional “shish-kabob” type of production method. In fact, they tend to increase warehouse inventory levels in such situations. The factory must first switch over to flow manufacturing and must start pulling workpieces from process to process rather than pushing them.

Conventionally, production lines have been organized with a view toward maintaining a steady number of workers on the line. The JIT production system rejects this way of thinking and instead organizes production using the minimum number of workers (personnel costs) required to meet the demand (fluctuation) of the next process (the market). 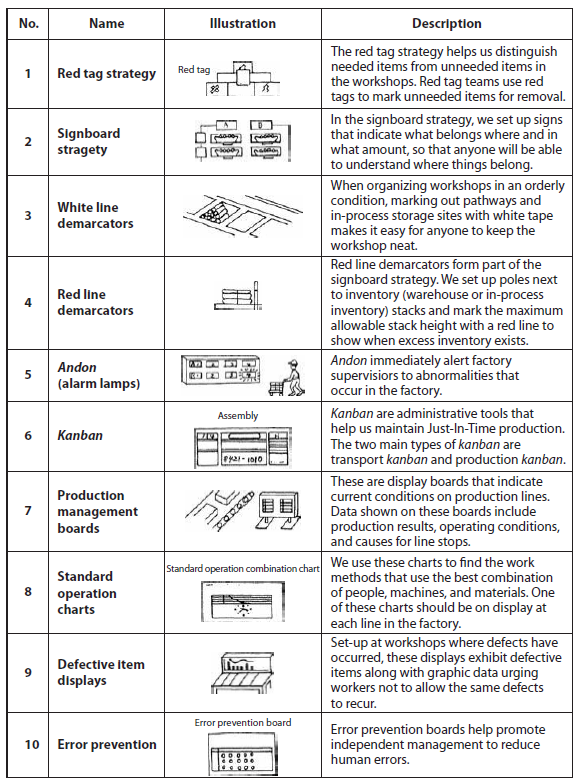 A key method for making bold improvements is to make line failures or other factory-floor problems visible and obvious enough so that anyone can easily spot them. Various devices can be used to make production line problems more visible. Kanban and Andon (line-stop alarm lights) are two such visual control devices.

A little earlier, the term “shish-kabob” was used in discussing the kind of production scheme that was popular during the mass-production era. The shish-kabob image refers to the way that lots were processed in large, separate groups (the larger the better), much like the way meat and vegetables are set one by one on shish-kabob skewers. Lots were processed and then warehoused. The concept of levelling calls for product types and volumes to be spread out to produce as level a production flow as possible. Thus, levelling is fundamental to both Just-In- Time production and flow manufacturing.

Here, the term “changeover” is a broad term that covers not only the replacement of dies and blades, but also other operations, such as the revision of standards and the replacement of assembly parts and other materials. The goal of changeover improvements should be to shorten the time needed for such operations. They should make marked reductions in labour-hour requirements to build a strong, flexible manufacturing line that is adaptable to changes.

Quality is not something that just happens when we have good production equipment. Likewise, having equipment operators work more cautiously does not necessarily reduce the number of defective products. Rather, quality assurance requires a comprehensive approach that addresses all production factors, including people, goods, production equipment, and production methods. 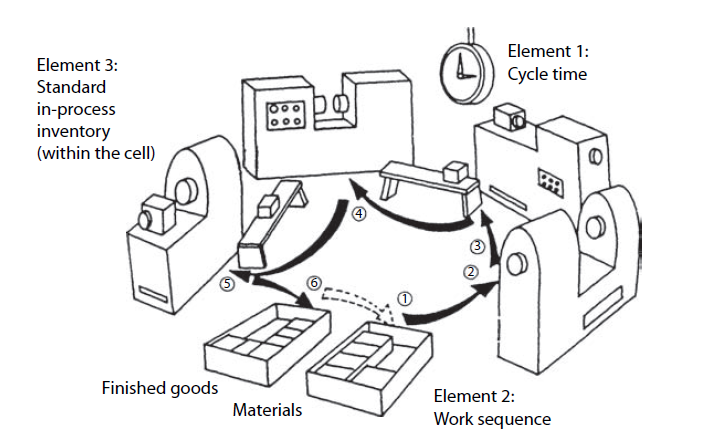 Standard operations are essential for maintaining flow manufacturing once it has been established and for keeping pace with the production schedule. In short, standard operations are the operations that have been painstakingly developed to achieve and preserve an effective combination of people, goods, and machines to produce high quality products economically, quickly, and safely. 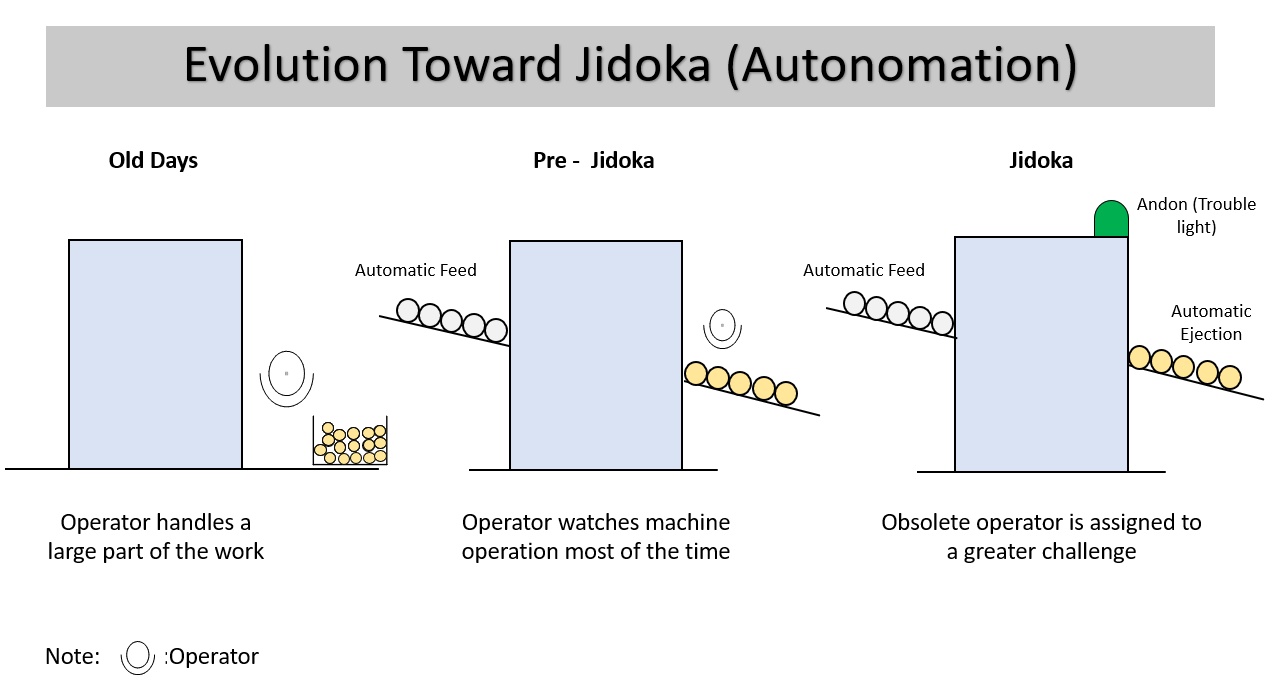 Jidoka is automation with a human touch, and therefore differs from automation in the ordinary sense. Jidoka brings humans into the automation process to ensure reliability, flexibility, and precision. 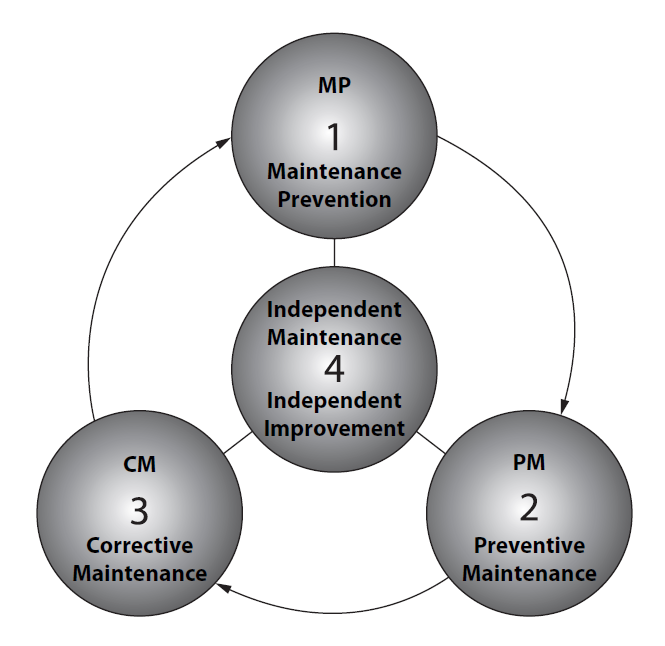